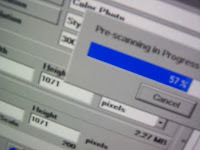 Currently I am an Enterpreneur and a fulltime freelance web Developer and also Linux Consultant and i enjoy my job. Before, i wrote an article with the title Be a Web Developer on September 2008. At that time i just accepted as a web programmer in a company on West Jakarta and i was learning Code Igniter PHP Framework.

Alhamdulillah, currently i feel much progress in my web development skill and i already have some good portfolios in web development. I understand quite well Code Igniter, i also know Jquery, PDF Library for php, Graphics Flash for PHP, Ajax,CSS,MySql and others while on 2008, i am new in Web Development. But although there is much progress, i also know that there's a lot of i don't know yet in Web Development, there are a lot of information in php.net manual that i don't read yet or Jquery Syntax that i don't understand yet. So, i have to learn more about Web Development but i enjoy it.

Web development in Linux environment is my passion and i want to become Advanced Web Developer equal with the Top Web Developers in the world. Besides always learning, i like to teach those who wants to know about Web Development.

This is an era for me that i call "Be a Web Developer 2.0", second phase for me. Not just in Web Programming but also in Web design, web security and so many about Web that i want to know. I also want to know more and refresh in computer science theory such as Database, Algorithm, Software Engineering and System Information Management.

Writing a book is also i want to do, hopefully one day not in a long time, i can do it, Amiin.

In the other side, i want to become an enterpreneur in Web Development and Linux, i want to have a company. I hope Allah always help and protect me in struggling to become a powerful and useful Web Developer in the World.Amiin.
Di tulis oleh : Akhmad Sofwan at 10:05 AM